Click here and see how you can take action. 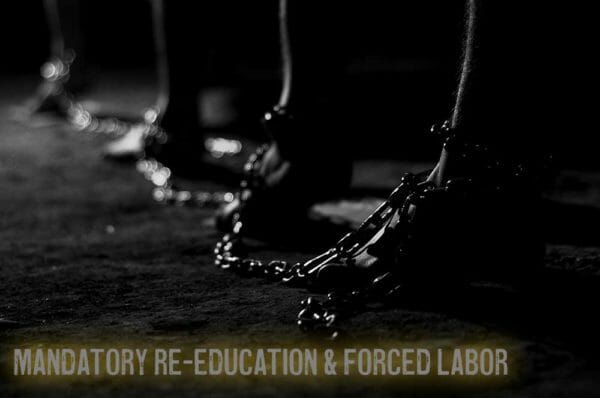 New Jersey – -(AmmoLand.com)- NJ Senate Bill 3757 is scheduled to be heard in the Senate Law and Public Safety Committee on Thursday, December 09, 2021, at 1:00 PM. This so-called gun “safe storage” bill eviscerates the Constitutional Right to self-defense inside the home as explicitly recognized as by the U.S. Supreme Court in the Heller case.

The proposed law would require all legal owners of a firearm to:

The law does NOT apply to unlawful owners of firearms, specifically prohibited persons, including but not limited to, convicted felons, terrorists, drug dealers, domestic abusers, or those committed for a mental disorder.

All firearms “not in use” must be secured in a gun safe, securely locked box or container. The phrase “not in use” is not defined. Unless you are actually shooting a gun, it would arguably not be “in use.” It might potentially be of use at some time in the future, but until you are using it, it’s not “in use” so it has to stay locked up.

All ammunition must be permanently stored in a separate securely locked box or container. There is no “use” exception for ammunition!

So, in an emergency, you will need to:

There is no exception for gun shops, gun dealers, gunsmiths, or target ranges to display unloaded firearms. A dealer’s entire inventory must be kept “…unloaded, in a gun safe or securely locked box or container.” No more displays of guns to rent or buy. Additionally, how can ammunition even be purchased, when it too has to stay locked up at all times?

Every gun and every round of ammunition at every dealer or range whether for sale or rent must be in a locked container.

Law-abiding gun owners (and only law-abiding gun owners) must keep their unloaded guns and ammunition in separate locked containers. Not only are all honest gun owners prohibited from having an accessible self-defense gun readily available, but you cannot even have a loaded gun in a locked box or gun safe. It doesn’t matter if you live alone at home with no children or anyone else in your household.

You are prohibited from having a loaded gun in your home, period!

Loaded guns at one’s place of business, farm, ranch, or any other “premises” under the owner’s control are also strictly prohibited.

There is no exception for law enforcement officers, military personnel, security guards, or even those with permits to carry. As soon as any lawful owner is on their “premises”, they are prohibited from having a loaded gun.

The proposed law contains a very misleading exemption to make it appear that homes and businesses are not affected. It is a trick to fool those unfamiliar with NJ Gun Laws. Here is what it says:

Nothing in this section shall be construed to prevent a legal owner from being authorized, pursuant to subsection e. of N.J.S. 2C:39-6, to lawfully keep or carry about the owner’s place of business, residence, premises, or other land owned or possessed by the owner, any firearm, or from carrying the firearm, in the manner specified in subsection g. of N.J.S. 2C:39-6.

This exemption does NOT permit a person “to lawfully keep or carry” a LOADED firearm. Sure, you can have a gun in your “place of business, residence, premises, or other land owned or possessed” as long as it’s NOT LOADED AND IS LOCKED UP!

The proposed law fails to include this second half of the exemption, thereby forcing lawful gun owners to “carry” their gun pursuant to subsection g.

It limits an honest gun owner to carry to “the manner specified in subsection g. of N.J.S. 2C:39-6.” Subsection g. mandates “carry” as follows:

g. All weapons being transported under paragraph (2) of subsection b., subsection e., or paragraph (1) or (3) of subsection f. of this section shall be carried unloaded and contained in a closed and fastened case, gunbox, securely tied package, or locked in the trunk of the automobile in which it is being transported, and in the course of travel shall include only such deviations as are reasonably necessary under the circumstances. (Emphasis added)

This misleading language conceals what is in fact a ban on having loaded firearms at one’s place of business, farms, ranches, or other premises under the owner’s control. As you can plainly see, the so-called home and business exemption is no exemption at all.

If the firearm of a legal owner who fails to store or secure the firearm properly in violation of this section is accessed by another person, and the access results in serious bodily injury or death, the legal owner shall be guilty of a crime of the fourth degree. (Emphasis added)

…for a first offense, shall be sentenced to a period of community service of not less than 10 hours nor more than 40 hours with an entity with knowledge and experience in the prevention of gun violence approved by the Attorney General… (Emphasis added)

An “approved enity” is defined as follows:

An approved entity shall offer community service that:

An approved entity may provide:

Note how it is not a gun safety entity, but a gun violence entity. That’s because none of the anti-gun groups actually teach safety, only the NRA does that.

For a second violation, all your guns are seized and forfeited to the government, and your firearm ID card and gun permits are revoked. You are given only 5 days to make arrangements with a gun dealer to sell them, and the gun dealer has only 10 days to pick them up or the government permanently keeps them.

The penalty for the proposed law can be summed up as follows:

“You vill vork as slave labor for the zee Anti-Gunners or you vill be imprisoned and your guns expropriated to the Government.”

Law-abiding NJ gun owners need to vigorously oppose this extreme law and see the wolf in sheep’s clothing that the anti-Second Amendment extremists want to impose on New Jersey.

Known as “America’s Gun Lawyer,” Evan Nappen is above all a tireless defender of justice. Host of the praised “Gun Lawyer” Podcast, author of eight bestselling books and countless articles on firearms, knives, weapons history, and the law, a certified Firearms Instructor, and avid weapons collector and historian with a vast collection that spans almost five decades, it’s no wonder he’s become the trusted, go-to expert for local, industry, and national media outlets. Called on regularly by radio, television, and online news media for his commentary and expertise on breaking news, Evan has appeared on countless shows including Fox, CNN, Court TV, WOR-New York. As a creative arts consultant, he also lends his weapons law and historical expertise to an elite, discerning cadre of movie and television producers and directors, and novelists. He also provides expert testimony and consultations for defense attorneys across America.