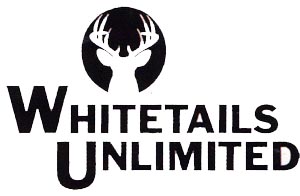 For the second straight year, Whitetails Unlimited and Gander Mountain have teamed up in a fundraising effort that puts free Gander Mountain gift cards into the hands of those that received WTU's most recent promotional offer.

Participants do not need to spend a dime to receive the gift card-a $10 Gander Mountain card is included in every promotional offer, and they get the card simply by opening the envelope. The gift cards are good at any of the 115 Gander Mountain stores in 23 states.

“This has been an excellent promotion for both WTU and Gander Mountain, and we're delighted that Gander Mountain again chose to partner in our promotion,” said WTU Executive Director Pete Gerl. “We have more than 100 brand name guns and three Arctic Cat 4-wheelers as major prizes in this promotion, which has been very popular in the past. In addition, depending on the options chosen by those who participate, they can receive two more gift cards, a free knife or cap, a great membership incentive pack, or all three if a player chooses all options. As an added bonus, certain participants will also receive a $10 WTU gift card, good for purchases of WTU merchandise.”

“Gander Mountain is a perfect fit for a partner in this promotion,” said Kevin DeVault, WTU's manager of conservation funding. “They are a valued corporate partner, offer top-line products across the country, have informed and experienced staff in their stores, and their generous support adds tremendous value to this promotion. Lets face it-getting a $10 gift card just for opening an envelope is a pretty good deal.”

Founded in 1982, Whitetails Unlimited is a national nonprofit conservation organization. Our mission is to raise funds in support of education, habitat enhancement and acquisition, and the preservation of the hunting tradition for the benefit of the white-tailed deer and other wildlife. When it comes to the whitetail and its environment, WTU's degree of professionalism and dedication has earned us the reputation of being the nation's premier whitetail organization.