Brooklyn, NY –-(Ammoland.com)- MultiCam, the combat-proven, complete family of concealment solutions for those who demand the best, have announced their role as Sponsor at the annual Safariland Expedition Multi-Gun match, a four-day competition, held June 7-10, at the Pro Gun Club in Boulder City, Nev.

The Safariland Expedition is different than other competitions, giving shooters the opportunity to shoot the same match in two divisions at the same time, and choose which guns they want to shoot at each stage. The event structure allows competitors to shoot five stages in under four hours.

New for this year is a Pistol-Only division for Open, Limited, Production and Carry Optics. More than 200 shooters have already signed up for this exciting event and there is still time to register for the event.

MultiCam will be on hand during the course of the weekend, accepting donations for hats from Flexfit, arm sleeves from Techwear and Oakley sunglasses; in an effort to raise money for the “MultiCam® for Warriors Heart” GoFundMe campaign (https://www.gofundme.com/multicam-for-warriors-heart).

In addition, Team MultiCam member, Travis Gibson will be competing in the event, as well as spending time at the MultiCam® table.

“We at MultiCam are excited to be part of this annual event with Safariland,” stated MultiCam®, Brand Manager, Ernesto Rodriguez.

“We not only hope to raise awareness for Warriors Heart, an incredible organization that tirelessly works to support those returning to a life they no longer know, but to support the shooting community as a whole.”

MultiCam® has proudly supported the men and women in uniform, as well as their families, for their sacrifices in ensuring the protection of our freedoms.

It is MultiCam®’s goal to focus their efforts on raising as much money as possible for the Warriors Heart through its marketing channels including its brand ambassadors on Team MultiCam. To donate to the “MultiCam for Warriors Heart” GoFundMe campaign, visit www.gofundme.com/multicam-for-warriors-heart. 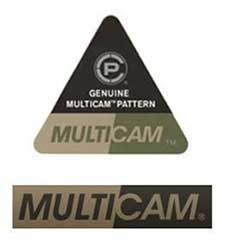 The MultiCam pattern was developed to effectively limit the visual and near-IR signature of a person operating across a wide range of physical environments and seasons. After a variety of successful lab tests and extensive combat deployments, the MultiCam® team expanded the catalog to include specific operational environments; with MultiCam® Arid, MultiCam® Tropic, MultiCam® Alpine and MultiCam® Black. MultiCam® is now a complete family of uncompromising concealment options for those who demand the best. For more information, visit www.multicampattern.com.