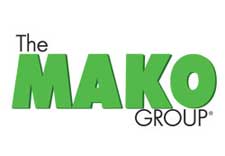 Meprolight has a long history of designing, combat-testing and providing superior quality optics and sights to the Israeli Defense Forces since 1961.

Recognizing the high cost of optics, Meprolight designed the TRU DOT RDS specifically for The United States civilian market as a similar, yet more affordable option to the Mepro MOR and M21.

Built tough, the 30mm FOV lens allows the shooter to quickly acquire the target while keeping both eyes open. The 1.8 MOA red dot has four distinct brightness settings to deal with any light situations. The TRU-DOT RDS features a sensory activation switch, which extends the usage of one AA battery to 15,000 hours.

In standby mode, it conserves energy. Picking up the gun automatically turns the unit on. The TRU-DOT RDS is compatible with Gen II and Gen III NVG’s as well as magnifying scopes.

At only $399 MSRP, the U.S. welcomed the Meprolight TRU -DOT RDS in 2014, where it rapidly gained popularity calling for increased production in Israel.

About The Mako Group:

The Mako Group is the exclusive U.S. distributor of the finest tactical equipment and weapon accessories that have been proven in combat. Products designed for the Israeli Defense Forces, Israeli Security and Israeli Police by Meprolight, FAB Defense, E-Lander Magazines, Front Line Holsters and RTS Target Systems, are fully available to the U.S. market. Please “like” The Mako Group on FaceBook and follow us on Twitter to stay up-to-date on the latest news and products.