U.S.A. –-(Ammoland.com)- Virtue signaling soared to new heights with the family separation issue on the southern border. Too many people, including many well-meaning ones, are leaving their minds at the door with knee-jerk responses to media hype.

No, I’m not saying there wasn’t a real problem with separating children from their parents on the border, and I’m not saying I was indifferent to this matter. Quite the opposite.

But I am surprised that people can get worked up to a mob-like frenzy if the media and certain politicians stoke things enough and if they are feeling strong peer pressure to oversimplify issues and join stern moral rebukes of anyone who even raises questions.

One reason the Framers incorporated checks and balances into our Constitution is to prevent government from being overly reactive and moving too quickly — not that there aren’t warranted exceptions to that rule. It’s striking that people can become hysterical over a gradually developing problem.

Donald Trump ran and was elected on an immigration enforcement platform. He promised stringent border enforcement, centered on the building of a wall. If he has a mandate on anything, it is this issue.

At the core of Trump’s immigration position is his strong commitment to America’s national sovereignty. An essential component of that is a vigorous adherence to the rule of law.

Thus, it should have been no surprise when Trump’s attorney general issued his zero-tolerance policy concerning border enforcement. As chief executive officer of the United States, why wouldn’t this border hawk formally reverse a reckless policy that pulverizes the rule of law? That he even needed Jeff Sessions to issue such an order is a testament to the degree to which we have abandoned the rule of law, from laxity on the border to sanctuary cities.

One problem with being a policy slave to one’s emotions is that it clouds one’s judgment to the ramifications of precipitous government action. Did those clamoring for Trump’s immediate reversal of Sessions’ order to enforce the law consider or care that our cynical nonenforcement is what largely led to the “crisis” we have been witnessing on the border? Isn’t it obvious that the government’s known ambivalence to border enforcement has incentivized migration to the United States, which inarguably includes terrorists, gang members and other criminals who have no interest in assimilating? In all their moral preening, do they really believe America can or should absorb unlimited numbers with no restrictions at all?

We used to have a national consensus that immigration should be an orderly process, closely regulated to ensure that applicants demonstrate their genuine desire to become a part of America, embracing its ideals and pledging their commitment to the Constitution.

That consensus is gone. The Democratic Party and too many Republicans are open-borders advocates believing, as a logical extension of the policies they support, albeit not outright, that this nation has no moral or sovereign right to control its borders. That is astounding. If you love this nation and its founding ideals, how could you possibly endorse open borders, which would eventually destroy the nation, if for no other reason than uncontrolled immigration guarantees a disintegration of the American compact?

But when advocates of border enforcement make these arguments, they are met immediately with catcalls of nativism and racism or some perverse brand of nationalism. Open-borders zealots have even turned the idea of patriotism into a dirty word — as a code for racism. The glaring irony is that our unique constitutional system and the values undergirding it produced the very freedom and prosperity that have always drawn immigrants to this nation.

Don’t even get me started on the Democratic Party’s cynical attempt to fast-track amnesty to add a new class of people to its voting rolls. As with African-Americans, it has convinced many Hispanic immigrants that Republicans hate them, as opposed to revering our national sovereignty and the rule of law.

It’s undeniable that Democratic leaders exploited this issue for political gain. If the children were their primary concern, they would join with Republicans in enforcing the border and thereby disincentivize caravans of people migrating toward our border. Moreover, instead of blaming President Trump, they would acknowledge that it is the parents and fake parents who are the principal culprits, for if they had complied with the law and the proper immigration process, their children would not have been separated from them, except in justifiable cases.

Most significantly, they would have applauded President Trump for finally yielding to their demands and issuing an executive order saying that children will not be separated from their parents, pending review of the parents’ cases. But as soon as Trump signed the order, his critics moved to the next demagogic Trump-bashing phase, excoriating him for keeping both the parents and the children in detention.

In other words, Trump has flushed them out. It wasn’t about the children. Their purpose in browbeating Trump — beyond the obvious one, politically damaging him — is to push back to “catch and release,” which rewards those who jump the line and illegally enter our country with practical immunity.

This should be a lesson to Republicans snowed by Democrats and the media into becoming part of the mob. Democrats have had endless chances to show their good faith but would prefer, until they can secure blanket amnesty for up to 20 million new Democratic voters, to reserve this issue for maximum political gain.

I dare say that the lax enforcement policies that Democrats want to restore would be more destructive to children in the long run — both immigrant children and American children, the latter of whom would eventually be disinherited from the blessings we’ve enjoyed as citizens of the greatest nation ever conceived.

I pray that we approach the entire immigration issue with sobriety, prudence and compassion — weighing all factors and producing a solution that honors the Constitution and rule of law and minimizes harm to children (domestic and foreign), both in the present and in the future. 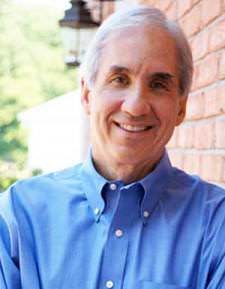 The post Let’s Find a Balanced Solution to Immigration and Stop the Preening appeared first on AmmoLand.com.