Pevely, MO – -(Ammoland.com)- Heizer Defense, known for their innovative line of powerful pocket pistols, is pleased to announce that the PKO-45 was recently included in American Rifleman’s Editor’s Picks for 2018.

Heizer was honored to be included in the Editor’s Picks list for 2018. “To be recognized by a respected publication like American Rifleman is quite an honor,” says Eric Polkis of Heizer Defense. “We are thrilled that the PKO-45 made such a positive impression.”

Heizer’s PKO-45 is an innovative pistol built thin and light, making it perfect for concealed carry. With a 0.8″ wide flat profile, the PKO-45 features a fixed barrel and weighs about 25 ounces. It has a USA Aerospace stainless steel frame and barrel with five-round flush fit or seven-round extended magazines.

You can see the Editor’s Pick listing for the PKO-45 here. 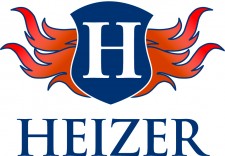