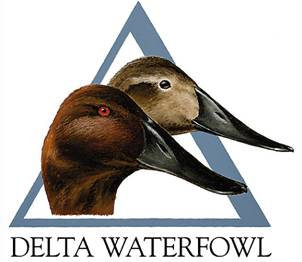 “Pat will bring a tremendous amount of professional knowledge and expertise in fulfilling a key role in Delta's growing team,” said Delta Vice President John Devney. “Pat has deep relationships within the hunting community that will serve Delta very well in fashioning partnerships with leaders in the industry. He also is a passionate hunter and conservationist, so he'll fit right in around here.”

A Minnesota native, Hudak says he has always admired Delta Waterfowl for its commitment to waterfowl research, waterfowl conservation and hunting. He said he looks forward to helping the organization grow.

“I've worked with Delta over the last several years and I'm convinced the organization has tremendous growth potential and a clear vision for where it wants to go and what it wants to achieve,” Hudak said. “Frankly, I'm just elated to be on the team.”

An avid hunter, angler and conservationist, Hudak says he particularly loves hunting upland birds and waterfowl. “I've been hunting and fishing since I was five years old, and it's an important part of my life, something I want to pass on to my sons and future generations,” he said. “One of the aspects of Delta I like most is that it is a hunting organization as well as a conservation organization. Delta is fighting for hunters, and that's something I truly appreciate.”