U.S.A. –-(Ammoland.com)- Educrat (ED-yoo-krat) noun, usually pejorative. A government school official or administrator whose primary function is to spend tax dollars telling other parents what to do with their children.

Beltway education bureaucrats abhor families who choose to keep their kids out of public schools — unless it’s to grandstand over gun control.

Behold Arne Duncan, longtime pal of Barack Obama and former U.S. Department of Education secretary, who called last weekend for parents nationwide to withdraw students from classes “until gun laws (are) changed to keep them safe.”

Emotions are still raw after a teen shot 10 classmates and teachers to death in Texas last week. But Duncan has no excuse for his cynical, made-for-cable-TV exploitation of the Santa Fe High School massacre. Existing state laws banning minors under 18 from purchasing or possessing guns didn’t stop the shooter. Neither did laws against possessing sawed-off shotguns or pipe bombs.

And contrary to hysterical early reports, the accused 17-year-old gunman did not use “assault rifles.” So a “common sense” ban on “assault weapons” would not have saved lives, either.

But effective solutions to maximize students’ safety and well-being seemingly aren’t Duncan’s goals. His mission is airtime. Publicity. Entertainment. Provocation for provocation’s sake. Showtime — for the children, of course.

School boycotts are a “radical idea,” he admitted to MSNBC. “It’s controversial. It’s intentionally provocative.” Praising teacher walkouts and student protests, Duncan told The Atlantic he supported parent-initiated school shutdowns for gun control because “we are not protecting our kids… And the fact that we’re not doing that — we’re not willing to think radically enough to do it — I can’t stomach that.”

Ah, the royal, unstomachable “we.”

Here’s another thing I find hard to swallow: Education overlord Arne Duncan now championing the radical idea of parents exercising their autonomy to do what’s best for their children.

As Obama’s meddling power-hungry education secretary, Duncan attacked “white suburban moms” and their children who turned to homeschooling in protest of the top-down Common Core “standards”/testing/data-mining program. Duncan sneered that he found it “fascinating” that the grass-roots anti-Common Core revolt came from “white suburban moms who — all of a sudden — their child isn’t as brilliant as they thought they were, and their school isn’t quite as good as they thought they were.”

This elitist control freak revealed his fundamental disdain for rabble-rousing parents who’ve taken educational matters in to their own hands. By characterizing the movement against Common Core as “white” and “suburban,” Duncan also exposed his bigotry against countless parents “of color,” like myself, who’ve long opposed Fed Ed’s sabotage of academic excellence, local control and student privacy in school districts across the country.

Nor has Duncan called for parents to demand their districts withdraw from the disastrous “PROMISE” alternative discipline program that he helped create. (After Duncan’s protege, Broward County school superintendent Robert Runcie, initially denied that Parkland, Fla., shooter Nicholas Cruz had benefited from the program, he sheepishly acknowledged last week that Cruz had in fact been referred to the program and avoided criminal prosecution for school vandalism as a result.)

Nor has Duncan said a peep about systemic coddling of abusers in the classroom by teachers’ union presidents in New Jersey and Ohio, as exposed over the past month by undercover investigative journalists at Project Veritas.

Instead, Duncan has won high praise and more media interviews for his phony boycott proposal. “My family is all in if we can do this at scale,” he nobly tweeted.

But what his slavering fans in the liberal media won’t tell you is that Duncan’s wife works at and his own children attend the exclusive, private University of Chicago Laboratory Schools in tony Hyde Park, which a Lab Schools brochure brags is “patrolled by the University of Chicago Police Department and private security.”

Armed, of course, for thine and thee, Arne. But not for we. 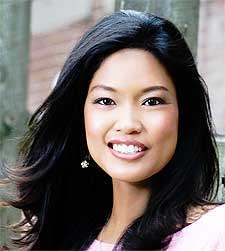 The post Crapweasel of the Week: Educrat Arne Duncan appeared first on AmmoLand.com.