Canadian Liberals Insult You With Their Hateful Depiction of Gun Owners

Mark Holland probably didn’t mean to call all licensed, law-abiding firearm owners thugs, but those are the only people who can explain their way out of the police situation Holland described.

Then Liberal Member of Parliament Pam Damoff stood in the House of Commons:

“I keep hearing this term law abiding gun owners. And I appreciate that the majority of people who own firearms are law-abiding gun owners. Marc Lepine, who killed fourteen women a Polytechnique, also had a firearms license. Alexandre Bissonnette, who killed six men in the mosque in Quebec City, had a valid firearms license. So, you know, we talk about law-abiding firearms owners. A lot of times they are until they’re not.”

Not to be outdone by his fellow parliamentarians, Bob Nault, M.P. (Kenora) stood in the House of Commons and launched his attack:

“I think one of our major concerns in today’s gun scenario, and we see it in the U.S. and in Canada, is that there are a lot of mental issues with people who have firearms.”

If Mr. Nault’s claim was true, the RCMP would revoke hundreds of thousands of firearm licences every year. They don’t.

Canada’s responsible firearm owners are the second largest group of sporting enthusiasts in the country, bested only by sport-fishing. Golf, the next most popular sport, has 1.5 million participants and hockey trails with 1.2 million.

The visceral hatred these statements reveal signals a much deeper issue. Replace the words “gun owner” with any other identifiable group and the outrage would be instantaneous, monumental and catastrophic to the career of the person uttering such words.

Imagine if Mark Holland said: “What Metis’ do is to make sure they are able to keep weapons in their car and not have to answer any questions.”

Or if Pam Damoff said: “Women are law-abiding until they are not.”

Or if Bob Nault said: “…that there are a lot of mental issues with Quebeckers who own sports cars.”

They would be forced to resign in disgrace amid a parliamentary and media furor.

So why is denigrating the character of 2.1 million Canadians, men, and women who have not broken any laws, who are federally licensed to own firearms, and who are vetted daily by the RCMP, deemed to be acceptable by our government? 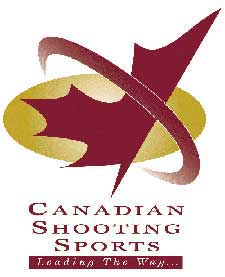 The CSSA is the voice of the sport-shooter and firearms enthusiast in Canada. Our national membership supports and promotes Canada’s firearms heritage, traditional target shooting competition, modern action shooting sports, hunting, and archery. We support and sponsor competitions and youth programs that promote these Canadian heritage activities. Website www.cdnshootingsports.org