Attack On Gun-Rights Leaders Warned About In February Has Arrived 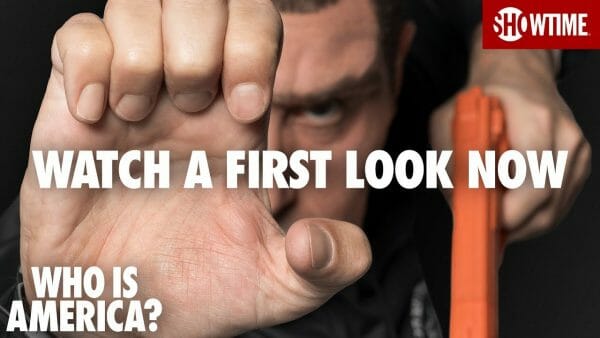 Back in late February, Philip put out two urgent alerts that he requested be spread far and wide on a coming film that would be attacking gun-rights leaders. At the time Philip noted that the attack was possibly going to be something akin to things that Sasha Baron Cohen had done with his “Borat” movie.

It turns out Philip was correct. It was an attack on gun-rights leaders and it was done in a similar fashion to “Borat.” Besides Philip, Sasha Baron Cohen tricked, lied to, and set up a host of people, including Larry Pratt, Trent Lott, Dana Rohrabacher, Joe Wilson, and Joe Walsh. There were others targeted, but a few of those were lucky and dropped out because of horribly botched travel arrangements made by Cohen’s team or disinterest in traveling for an interview.

It is a comedic series for Showtime subscribers that began Sunday. In order to attack gun-rights leaders, the antis are using this manipulated and staged farce as if it were a serious, factual, interview.

The Gun Segment Starts With Slicing And Dicing Philip’s Comments

In my discussions with Philip about this issue today, he told me:

“So far I have seen just the early part of the “First Look” at Cohen’s series. He had some very crafty and unethical editing done to take a comment I made about one subject and seamlessly splicing it into a different conversation, completely changing the context of what I was talking about.

“For example, NOT seen in the video is a disguised Cohen discussing educating children about gun safety in Israel. He claimed in Israel they start gun safety very young. My response, which is shown, is “we’re trying to get that here for 7th and 8th graders, but can’t do it.” Instead the video shows Cohen talking about arming kids against terrorists, and then he splices in my response about firearms safety training, so it looks like I’m saying we’re trying to arm CHILDREN in schools, instead of teachers and other adults.

“Another example. NOT seen on the video is Cohen asking about a bill that VCDL defeated that would have made it illegal for 4 to 6 year-olds to be able to shoot a gun, including an airgun, WITH or without parental supervision and consent. The video shows my response that it was a bad bill and that we killed it. (Not shown was an additional comment that parent’s should decide such things for their own children.) However my comment is spliced into a different conversation that makes it sound like I’m condoning 4 year olds having UNSUPERVISED access to guns and VCDL killed a bill that would have made such a thing illegal!

“My hesitation when Cohen asks me if I’ll help him make a safety training video for children is where I was deciding to play along or not in order to figure out who was behind this film, what they were actually doing and how they were doing it, and then getting the word out to head this off at the pass and keep it from being completed.

“BTW, in the “training session,” ALL the props were silly plastic guns which were glued to toys or stuffed animals, and the content was read from a teleprompter.”

Once Philip realized the game being played, and followed up with some detective work in the subsequent days, he sent out the VA-ALERTs and directly contacted other gun rights organizations across the country to warn them. Sadly, others still became trapped in Cohen’s web of lies and deceit.

Virginia Citizens Defense League, Inc. (VCDL). VCDL is an all-volunteer, non-partisan grassroots organization dedicated to defending the human rights of all Virginians. The Right to Keep and Bear Arms is a fundamental human right.