The next generation of the best-selling Warrior model is an incredible 1.25” shorter, ½-pound lighter, 4” narrower, and 30 feet-per-second faster than its predecessor.

“The new Warrior Ultra-Lite is the best crossbow available under $500,” said TenPoint CEO, Rick Bednar. “This crossbow is incredibly lightweight, narrow and provides enough speed to kill all North American Game. While its technology is second-to-none, what truly separates this crossbow from its competitors is its American-made quality and out-of-the-box accuracy.”

Built to perform in the tightest of shooting situations, the narrow bow assembly consists of a newly designed riser and machined aluminum limb pockets fitted with 11” WRX laminated limbs. 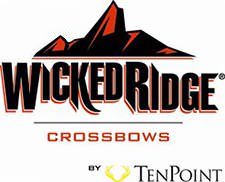 Powered by heavy-duty machined 4S Cams and DynaFLIGHT 97 string and cables, the bow assembly measures a narrow 15-inches wide and drives an arrow down-range at up to a blazing 350 feet-per-second.

Its unique stock design, engineered to lighten the crossbow, improve handling, and withstand years of hunting, is molded from dampening glass-filled polypropylene to increase strength and reduce weight. The stock features an open-back design which greatly reduces weight and allows for easy installation of either an ACUdraw or ACUdraw 50 cocking device.

In addition, the stock features a picatinny rail below the front of the barrel to mount additional accessories. Finally, like all Wicked Ridge crossbows, the stock is fitted with TenPoint’s DFI (Dry-Fire-Inhibitor) and ultra-crisp 3 ½-pound trigger.

Combined, the advanced design measures an easy-to-handle 36 ½-inches long and weighs in at a lightweight 6-pounds.

All Wicked Ridge crossbows are American made, designed, and built by TenPoint Crossbow Technologies in Mogadore, Ohio.

In January of 2014, TenPoint Crossbow Technologies entered its 20th year in business, but its evolution began with the upbringing of its Chairman, CEO, and President, Richard L. (Rick) Bednar.

Rick’s association with archery and the archery industry goes back to his youth when his parents, Archery Hall of Famer, Bill Bednar, and his wife, Edith, founded Portage Archery Center in Suffield, OH.  Rick and his sisters, Cindy and Joanna, who work for TenPoint as well, grew up in an apartment adjoining the pro shop building.  That shop still operates today as Hunter’s Outlet Archery Center, a Division of TenPoint Crossbow Technologies.

As he grew up immersed in the family’s business, his father, Bill, also coached him as an elite tournament archer.  Competing at the highest collegiate, national, and international levels, he traveled the world as a member of the USA Pan Am, World Target and World Field Archery teams; qualified for the 1976 Olympic Team; and won the NCAA Championship three-times at The University of Akron.  Both his retail and competition background nurtured a strong interest in and appreciation for bow design, performance, and engineering.

For more information on TenPoint Crossbow Technologies, visit their website.