We are pleased to share that a male and female Peregrine Falcon have been observed at the nest box over the last couple of weeks.

They have already have made a scrape in the nest box (a scrape is a shallow bowl-shaped depression in the substrate that forms a nest).

The same banded male who has bred here over the years has returned–hatched in 2000, he will be 18 years old this year! (To date, the maximum lifespan documented for a banded falcon in the wild is just shy of 20 years.) However, the female we’ve observed is not the banded female that successfully bred here in 2017; she appears to have been replaced.

This year’s female is very buffy and unbanded, and may be the same female that was first paired with the male last season, prior to being replaced by the banded female who went on to breed.

There are similarities in the plumage of the two unbanded birds, but also subtle differences, such that it is difficult to determine whether they are the same individual. Regardless of this female bird’s identity, we look forward to seeing how this breeding season unfolds!

Visit the web cam at : https://www.dgif.virginia.gov/falcon-cam/ 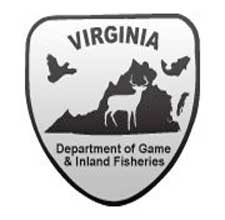 About Virginia Department of Game and Inland Fisheries:

Virginia Department of Game and Inland Fisheries ( VDGIF ) is responsible for the management of inland fisheries, wildlife, and recreational boating for the Commonwealth of Virginia.