Las Vegas, NV –-(Ammoland.com)- Springfield Armory received the Action Target safety award for the highest standard of safety during the shooting 2018 Industry Day at the Range event held on January 22nd at the Boulder Rifle and Pistol Range in Boulder City, Nevada.

The Action Target Safety Award was created to acknowledge the Industry Day at the Range exhibitor that fostered the highest level of firearms safety during the shooting event. Safety auditors judged each of the shooting exhibitors.

The score was determined by basic safety criteria such as providing hearing and eye protection, control of ammo and safe handling of firearms on the firing line. The score card also gave points for higher levels of safety such as posted rules, first aid kit at shooting station, shooting coach at station, etc. More than 90 Industry Day exhibitors were judged on their firearms safety practices by safety auditors.

Springfield was awarded the Action Target Safety Award at Action Target’s SHOT Show booth (#14568) and has been a long-time supporter of this range day event going back 16 years. Famous first as the United States’ primary arsenal during the American Revolutionary War, and then as the scene of a confrontation during Shays’ Rebellion, the Springfield Armory in the 19th and 20th centuries became the site of numerous technological innovations of global importance, including interchangeable parts, the assembly line style of mass production, and modern business practices, such as hourly wages. Numerous firearm models produced at the Springfield Armory from 1794 to 1968 were referred to as “Springfield rifles”, Wikipedia.

The thirteenth annual SHOT Show Industry Day at the Range took place on Monday, January 22, 2018. With more than 1000 members of the media and nearly 700 buyers and dealers in attendance, Industry Day continues to be the largest hands-on media event in the hunting and shooting industry, held anywhere in the world.

“Action Target has been a part of this event since it began 16 years ago, the safety award is presented to the exhibitor that showed the highest level of firearms safety during the event, congratulations to Springfield Armory on winning this year’s award and we’d like to thank them for making safety a priority on the range,” says Kevin Tomaszewski, Vice President of Engineering & Marketing for Action Target. 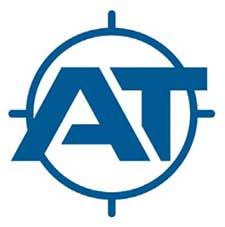 Action Target Inc. is a privately-owned business headquartered in Provo, Utah. As a world leader in modern shooting range technology with more than 4,000 products and 40 patents for the systems it designs and manufactures, Action Target has installed thousands of shooting ranges across the United States and in 40 other countries around the world. Action Target also designs systems and conducts firearms training for law enforcement and various military divisions.