10 Questions To Find Our Next President (Part 1)

Dallas, TX – -(Ammoland.com)- Whom should we nominate to represent the GOP in a fight against President Barack Obama in the 2012 presidential election?

I believe the name of the candidate that fills the majority of the answers in the following 10 questions (in no particular order of importance) deserves your vote.

Based upon the GOP candidates’ character and track records:

10) Who is most committed to follow and lead by the U.S. Constitution?

It’s one thing to take the presidential oath of office, but who has the strongest track record of citing and standing by the Constitution?

James Madison, America’s fourth president and regarded as the “Father of the Constitution,” explained: “The aim of every political constitution is, or ought to be, first to obtain for rulers men who possess most wisdom to discern, and most virtue to pursue, the common good of the society; and in the next place, to take the most effectual precautions for keeping them virtuous whilst they continue to hold their public trust.”

Strictly following the Constitution includes restoring the 10th Amendment balance of power to our states and shifting solutions away from an “only government” savior (to which Obama committed early in his presidency) to encouraging local communities, agencies and neighborhoods across our nation to rally together, strategize and resurrect the golden rule in caring for their own, just as it was done in America’s heyday.

9) Who has the greatest ability to rally, unify and mobilize citizens across political and societal spectrums?

Everything rises or falls on leadership, and it’s the quintessential necessity in our next president because of the increasing political and social divisions (including class warfare) across our land and around our world.

I believe our country was duped to interpret our current president’s charisma as leadership ability. Pitting political parties and polarizing social classes against one another isn’t leadership. America’s woes have been exacerbated by Obama’s inexperience and lack of executive leadership, and our world also is suffering from it.

More than ever, we need a new president who has a proven track record to rally a team of Washington rivals, as well as a diversified American public and world. As I’ve written extensively in a previous article, I firmly believe that the candidate who extends a public invitation to all his GOP rivals to be a part of the same administration (to fight together) could start a chain reaction leading to his nomination and election.

8) Who has the best working comprehension of America?

John Adams, America’s second president, said, “I must study politics and war that my sons may have liberty to study mathematics and philosophy.”

I believe a mastery of American history and politics is a must for any president, for it is a record of how others have led the country since its founding. The degree to which one comprehends America’s ebbs and flows parallels one’s proficiency to lead.

As the adage goes, if one doesn’t know history, he is doomed to repeat its mistakes.

Knowledge of other nations is essential, too, as it will determine how the next president moves America’s chess pieces on a global scale.

7) Who has the best ability to influence a volatile world away from the brink of destruction?

These are dangerous times. Mexican cartels are clashing at our borders. Global terrorists have taken their jihad to the borderless Internet. China has become the new superpower. Global markets are bouncing up and down. The Arab Spring has sprung unrest across the Middle East. Syria is in utter turmoil. Egypt, Libya and now North Korea have unclear futures. Iran is determined to add nuclear energy to its arsenal, heightening its strained relations with the West. America is still in a war with extremists in Afghanistan. We’re also in a new warless battle to quell violent uprisings back in Iraq.

Now is not the time for a political novice, wimp or sheepish patriot in the Oval Office. More than ever, we need a profoundly wise person like Thomas Jefferson, who moved along a flailing new republic while maneuvering a war with Tripoli, or like Ronald Reagan, who was savvy and tough enough to build up the economy while toppling the Soviet Union and the Berlin Wall.

6) Who has clear and present moral fortitude?

For our Founding Fathers, moral fortitude was dependent upon the liberties of religion, not the laws of men. Samuel Adams was correct when he wrote in a 1749 essay, “Neither the wisest constitution nor the wisest laws will secure the liberty and happiness of a people whose manners are universally corrupt.”

Temptations are abundant when power is combined with position, and none is greater than the presidency. That is why it is mandatory that the next occupant of the White House demonstrate a life mastery over himself and the wiles of evil and corruption.

That doesn’t mean the next president must be perfect, but he must be a moral model and have the ability to admit faults and learn from mistakes.

I believe what George Washington said: “A good moral character is the first essential in a man.” But I also believe this Washington quote: “We must take human nature as we find it. Perfection falls not to the share of mortals.”

Character is a pre-eminent qualification for leadership, but we must never penalize one’s past in such a way that prevents him from progressing forward into a forgiven and fruitful future; lest we forget, some of the greatest national leaders in human history, such as King David of Israel, committed heinous acts of immorality.

Indeed, the real dilemma for many regarding this race for the GOP nomination is discerning whether to choose the unblemished and relatively inexperienced youthful shepherd in the field or the veteran of war who battled Goliath long ago but slung mud on his own face when doing so.

Next week, I will discuss the remaining five questions, including the critical economic ones.

Until then, for further study of where each GOP candidate stands on these and other critical issues, check out the Family Research Council’s voter guide.

Action hero and Second Amendment activist, Chuck Norris is one of the most enduringly popular actors in the world. He has starred in more than 20 major motion pictures. His television series “Walker, Texas Ranger,” which completed its run in April 2001 after eight full seasons, is the most successful Saturday night series on CBS since “Gunsmoke.” In 2006, he added the title of columnist to his illustrious list of credits with the launch of his popular Internet column. Now Chuck is a regular contributor to AmmoLand, click the following link to see more of Chuck Norris on AmmoLand Shooting Sports News. 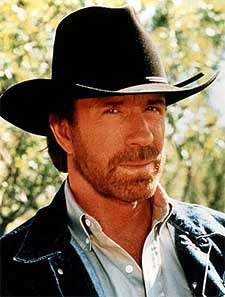 The post 10 Questions To Find Our Next President (Part 1) appeared first on AmmoLand.com.